We don't need one do we? Everyone knows that humans invade and kill to access resources from time to time. We all know that humans are capable of genocide, yet we don't need a gimmick to accept that humans are generally multi-dimensional individuals manifesting various shades of grey rather than a monolithic "all good" or "all bad" species. Why should the Others be so different so "other" to us that they can't also be shades of grey invaders seeking to dislodge current inhabitants to take their land and resources for themselves?

You want to prove there are no "Others" essentially because you can't accept that there might be "not us" who are not so very different from us - you can't accept an "Other" without "othering" away their sameness to us. You've actually totally "othered" the Others rather than accept that these superficially very different others might not be so "other" to us under the surface in the core fundamentals.

I expect the Children of the Forest felt some fear when Other sentient beings turned up and started hunting them down. Ha, it's a good question. How far could you take the concept? There's clear evidence of other species - deep ones and children of the forest - mixing their genetics with humans. That's where King's blood gains its power and its right to rule - from the gods. It's a joke because it's a thread about Starks and also he's a Stark that we think is North of the Wall which is interesting in a thread about Starks and Others.

I thought it was hilarious and poignant but fine I then point out some of George's allusions and instead of drawing conclusions myself let the reader run with it. I shouldn't have to explain anything we've all been drooling on this forum for years - I can't link anything we haven't all already read. Sometimes a conversation consists of OP writing 4 pages of text. Then readers want to know what it is getting at before reading it all that at the expense of the other fun content on Reddit. Thus forced to skim it, they may contribute to the conversation by remarking that you didn't deliver what you implied in the title.

Also, that scenario with Baldr dying was the 1st sign that things were going to go bad. I feel like this event either hasn't happened and won't until the end or it isn't identified correctly. One could argue almost anything if you're using a huge mythos as the blueprint. You could find parallels with any large mythology. Yeah when we start to look for the specifics of prophecy things get dangerous.

Cool to contemplate on what's intentionally put before us though. Mainly this is an analysis of GRRM's ideologies and to an extent his writing style. I casually throw in some stuff from the books to get us thinking and support these ideas while not drawing any conclusions myself. There is a lot more information about this stuff on the web, but I'm assuming must of us have already read it all, and so I'm keeping the post simple. At the end of it I hope I portray the literary points which GRRM is trying to make and how he is setting the stage to deconstruct the concept of "other".

There is no horrifying other in the dark. It is us. We are alone with ourselves in the dark and perhaps that is even more terrible. Some people have written about this concept before. For the thick-skulled I can spell it out and say basically the assumption is that the origins of the Others and House Stark are inextricably linked, one begetting the other or vice versa. Just as Targaeryns have the blood of the dragon the Stark Kings claim the right to rule Winter because the blood is in their veins.

Probably through some sort of pact or marriage. The Others were humans originally and no doubt some Starks have turned into Others over history. Lines were drawn long ago but we've forgotten why. There is a darker history where man and winter mixed, where what we deem most evil actually came from man himself, but only the trees remember. I absolutely agree that Starks - human greenseers - had a hand in creating or turning into the Others. I also think the trees were involved - trees and greenseers both. There are a LOT of quotes to support these ideas - I have them clipped in note files because I'm planning to do a big essay or essays on that.

FWIW I enjoyed your essay even though it was a bit vague, probably because I'm thinking along the same lines and can sort of see where your thoughts are going. But there can be no doubt: the fall from grace is man's fault. We ate the apple, we stole the fire of gods, etc. Now it's something we had to do - can't stay in ignorantly blissful Eden forever - but yeah, who created the Others?

Who caused the Long Night?

Man, of course. Of course. As for text quotes I don't want to dump a bunch of stuff here, but take a look at Arya in the dragon skill chamber in AGOT.

She recalls the crypts of WF, and Jon hiding in the sepulcher covered in flour to leap out and pretend to be a ghost. A white ghost, emerging from Stark crypts. One quibble: we can't be sure at all that the NK lived long after the LN. I don't put much stock in the exact order of events from before the Andal invasion.

We don't know when the first LC served, or when the 12 before him died. It's been suggested he called himself 13 even though he was the first - the LH - in honor of his 12 companions. I strongly suspect that a dude named the NK who creates Others with his seed lived during the Long Night. He's the King of Night after all I like to imagine a world on the on the edge, merely a couple generations away from space travel - then total collapse. 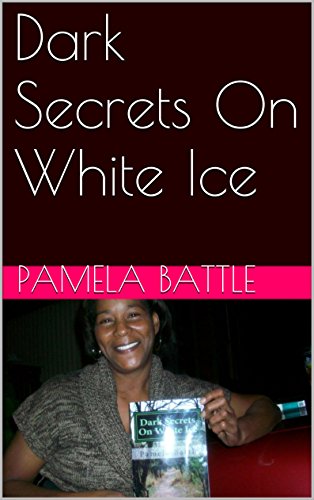 And here we are now in a cruel world where our only hope for the future is to reconstruct the past. Probably the best clue we have for the origins of the Long Night is the Bloodstone Emperor, the Church of Starry Wisdom which he founded to worship a black stone that fell from space, and the Lovecraftian tinfoil wormhole that opens once we assume that all as fact.

Iron Age - present state of the narrator and where we find ourselves in Westeros after the Andal invasion. I really like you Night's King ideas. I haven't heard some of that stuff yet! I'll be sure to check out that Arya scene - thanks for the suggestion. Keep up the good dreaming.


There can be no question, starting with the very first scene, that the Starks of Winterfell clearly represent an overarching protagonist for the series. Similarly, since the prologue the mysterious Others have been portrayed as malevolent, antagonistic enemies of the living. And so here we are, once again, with the good guys and the bad guys right in front of us and only an epic battle to decide fate. But by now we know this isn't how things actually work.

And this is where the false narrative comes into play. Because, in fact, although that's what appears to be going on in the universe it's not.

What we think is going on is all lies because GRRM has purposely degraded the truth as it's been passed down through his universe to simulate theory of knowledge from our universe.